Following the trend towards high- speed passenger transportation systems and increasing cargo volumes, Schaeffler is investing substantially in the expansion of its railway axlebox bearing testing facilities in Germany and China. During the past few years, Schaeffler has established itself as a key partner for the development of rolling bearing solutions for rail-bound freight and passenger traffic, high-speed trains, and locomotives. The axlebox bearings used here are subjected to extreme loads at the connecting point of the wheelset and the bogie frame. In order to achieve even higher reliability in daily operation and to keep wear and maintenance outlay down to a minimum, Schaeffler operates accredited testing facilities in Germany and China to evaluate the performance capacity of its axlebox bearings for railway applications. 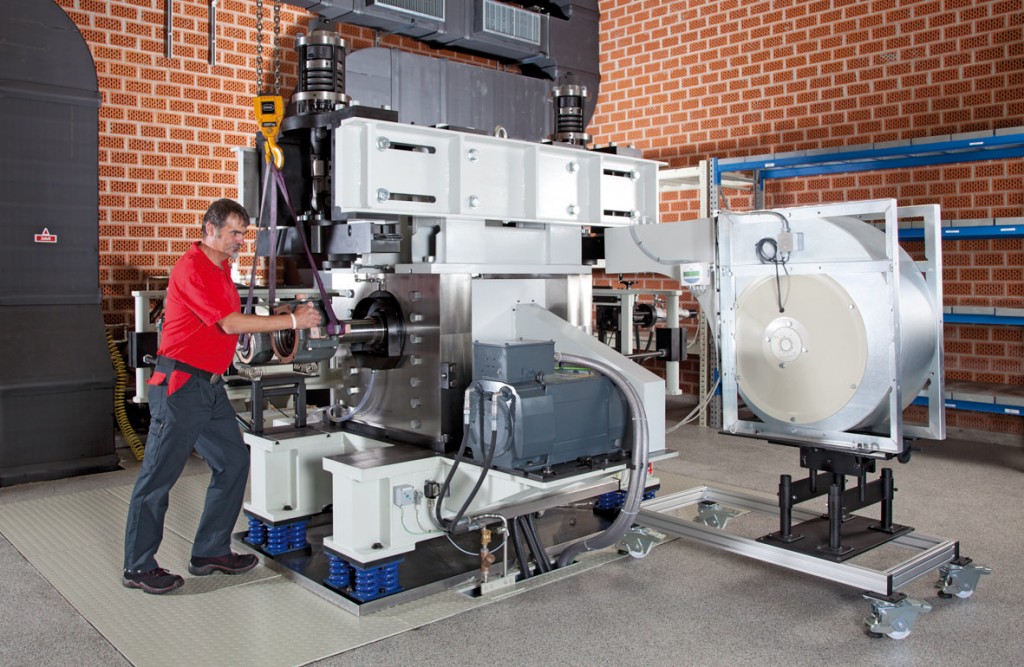 Capacity increase in ‘high speed’ and ‘heavy haul’ segments
At Schaeffler‘s research and development departments in Anting (China) and Schweinfurt (Germany), additional test stands are currently being set up that enable the simulation of extreme conditions such as ‘high speed’ and ‘heavy haul’. Bearings for high-speed applications are tested at up to 600 km/h. Likewise, Schaeffler carries out tests on axlebox bearings that are subjected to high axle loads in freight traffic, totaling up to 40 tons of cargo volume per axle (‘heavy haul’).

Most of the bearings tested are double row tapered roller bearings and cylindrical roller bearings in their original housings. The tests simulate traveled distances of at least 600,000 km (at up to and including 200 km/h) and 800,000 km (at speeds of over 200 km/h). Test loads are chosen based on the axle loads (radial load) and lateral forces (axial load) of the intended application. The test duration depends on the target speed in operation and the wheel diameter, and can be as long as 45 weeks. Due to the fact that the cooling of the axlebox bearing housing – and therefore of the bearing – caused by the air stream has a considerable effect on the operating life of the grease, the test stands are equipped with an air flow simulator that can create wind speeds of up to 35 m/s.

Schaeffler has had decades of experience in the testing of axlebox bearings. The first tests were conducted in Schweinfurt about 50 years ago. The company’s testing center in Germany has been accredited for eight years now, and its first axlebox bearing testing facility in China was set up five years ago.

All test stands enable performance tests according to the requirements specified in the European standard EN 12082. Functional tests conducted according to this standard prove that the axlebox bearings are suitable for use in real driving conditions. The additional capacity increase in both countries will reduce the time required for bearing approval. Both the customer and the end user will benefit from this time-to-market improvement.

Schaeffler as a development partner in various projects
As a development partner and supplier, Schaeffler’s Railway Sector Management is involved in numerous projects dealing with the expansion of rail traffic, for example in Asia and Russia. This applies equally to high-speed long-distance transportation and freight traffic and to local traffic in the growing megacities. For instance, Schaeffler is a development partner both for the CRH3 high-speed project in China and for the axlebox bearings used in the Velaro RUS high-speed train in Russia. Some of the latest local transportation projects include the Singapore Metro and a range of similar projects in China. Certification tests for FAG TAROL bearings used in the Siemens DESIRO RUS project, which is scheduled to be put into operation in time for the beginning of the Winter Olympic games in Sotchi, have also been conducted. In addition, FAG cylindrical roller bearings have been certified for the EP20-type dual-voltage locomotives that are also destined for the Russian market.

Schaeffler will be presenting its comprehensive portfolio of rolling bearings and plain bearings, engineering services, and services for railway applications at the InnoTrans 2012 from September 18-21: Hall 21, Booth 127.